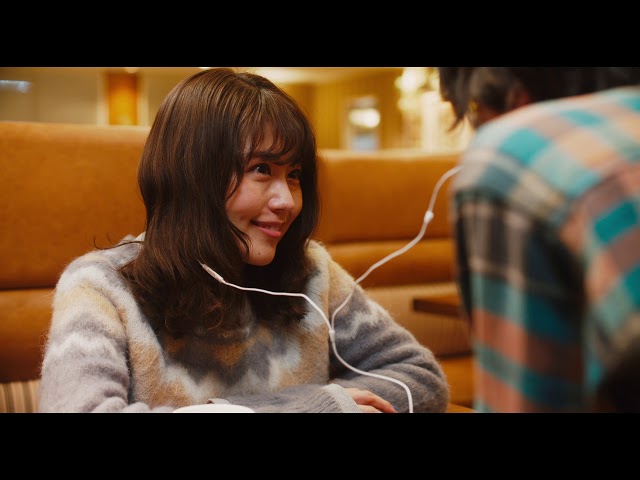 Start marking your calendars and look forward to a slew of new Japanese movies that will be making their theatrical debut in 2021.

If there’s anything we miss about life before the pandemic, it’s got to be catching a movie in cinemas. Well, you can expect a slew of exciting film releases to come your way. Start marking your calendars and look out for these new Japanese movies that are making their theatrical debut in 2021.

Some of these movies are already in theatres, which means eager moviegoers don’t have to wait to catch the latest film releases.

What happens if you miss the last train in Tokyo? Both stranded on an empty platform at Meidaimae Station, the two 22-year-old protagonists, Mugi and Kinu, meet by chance. As it turns out, the pair share similar interests and cultural tastes, and they quickly fall in love.

Set in modern day Tokyo, I Fell In Love Like A Bouquet is a romance story that chronicles the 5–year relationship between the couple. The film recounts the bittersweet journey of their relationship as they graduate from college and transition into adulthood.

Having grown up in a complicated environment, childhood friends Kida and Makoto have had each other’s back since they were young. Their friendship changes when Makoto disappears one day. In order to find his friend, Kida plunges into the underworld and becomes an unfeeling criminal.

2 years later, Makoto re-emerges and is now an owner of a company. The Master Plan is a story about 2 friends who take different paths in life and how they reconcile with the changing dynamics of their relationship. 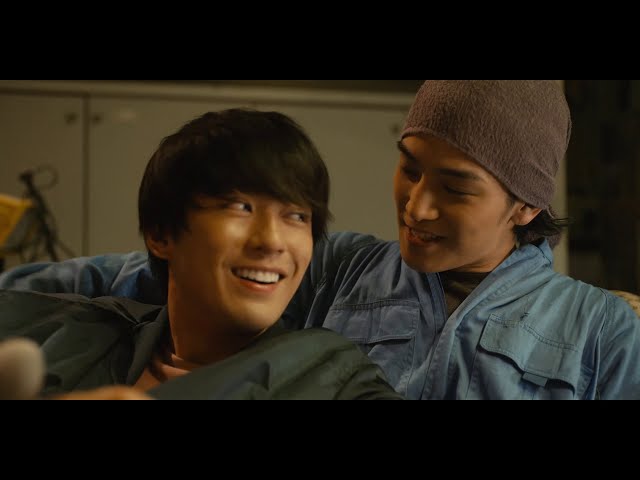 First Love is a film adaption of the award-winning mystery novel of the same title. Up-and-coming announcer and college student Kanna Hijiriyama has her whole life ahead of her – until she stabs and murders her father. Amidst heated public attention, psychologist Yuki Makabe is tasked to handle the case.

When Yuki tries to uncover the truth behind the mysterious murder, she begins to see her younger self in Kanna. As she digs deeper into the case, Yuki’s life history, which is buried deep in her psyche, begins to resurface. 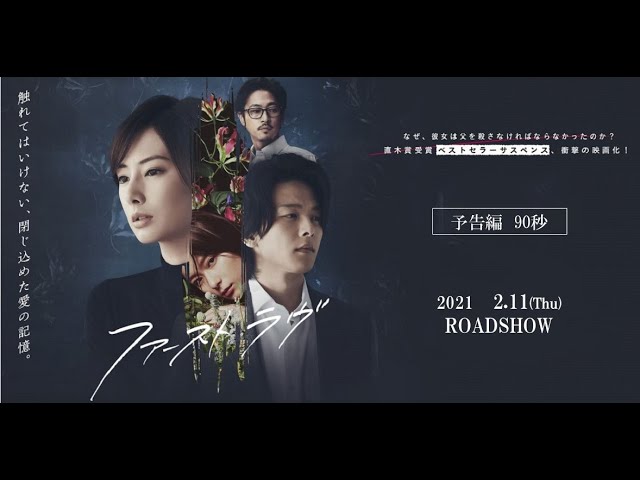 Saddened by the passing of her grandmother – her one and only family member – Yuko moves from Tokyo to her hometown, Toyama. Frustrated by the out-of-focus funeral photos of her deceased grandmother, Yuko takes on the task of working as a photographer to take photos for the elderly for their iei (遺影; portraits of a deceased person).

Though she was initially shunned for being “inauspicious”, the old people in her hometown gradually warmed up to the idea. Photograph Memories is a moving film about capturing the important moments and memories in life. 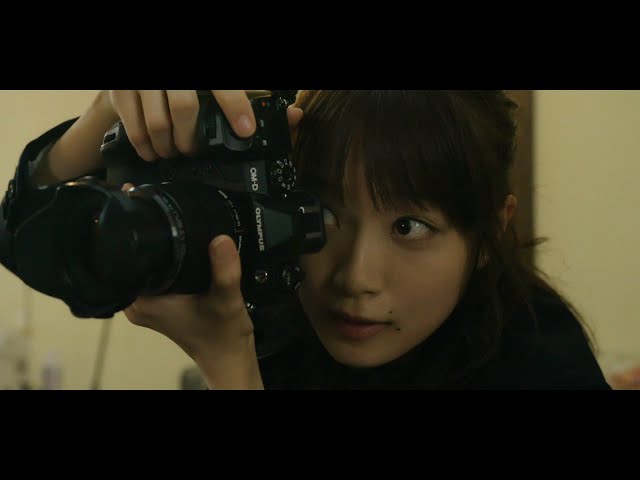 From the director who brought you Ju-On, Suicide Forest Village is a film set in Aokigahara, a forest that is notorious for being one of the most popular suicide spots in the world.

Kotori box, a cursed box that has terrified people since the ancient times, is said to be sealed in the suicide forest. 13 years later, the box reappears in front of protagonists Hibiki and Naru, and people start to disappear one after another. 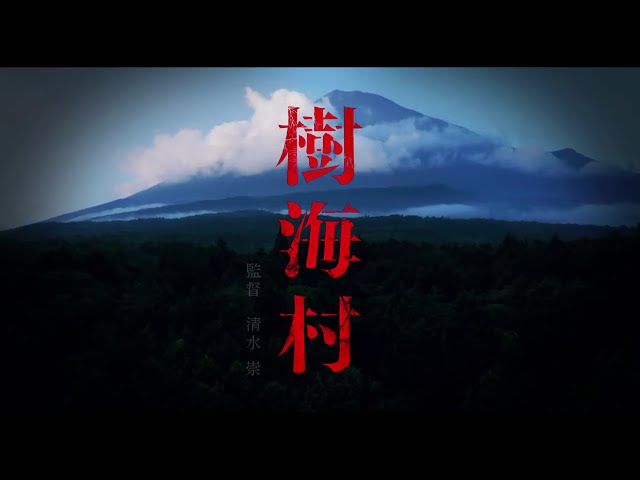 After failing the graduate school exam, Mikito has no life goals and spends most of his time lazing around aimlessly. That is, until he saw idol Aya Matsuura sing and dance on television. Enamoured, he goes to an idol event and ends up forming a music band with fellow fans he met at the event.

Though they were initially hyped up about making music, the members slowly go their separate ways to pursue other priorities in life. The group eventually reunites when one of the members, Kozumin, is diagnosed with cancer. In Those Days. is a feel-good film about enjoying one’s youth with friends.

7. Under The Open Sky すばらしき世界

Having spent most of his adult life in prison, middle-aged former yakuza Mikami struggles to adjust to life outside bars and integrate back into society.

As he tries to navigate a rapidly changing society and reunite with his estranged mother, Mikami is approached by aspiring novelist Tsunoda and TV producer Yoshizawa. Hoping to make a documentary about Mikami’s life, Yoshizawa baits him with the promise of reuniting with his long-lost mother, much to the chagrin of Tsunoda.

Under The Open Sky is a film that sheds light on how the highly conformative Japanese society affects those who fall through the cracks. 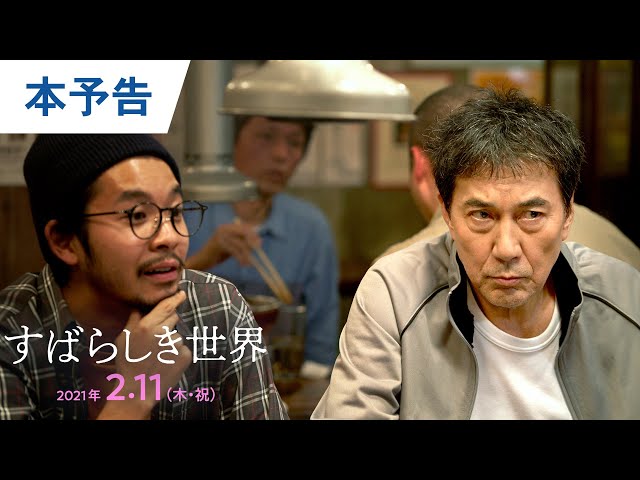 Image credit: The Night Beyond The Tricornered Window Official Site

Bookstore clerk Kosuke Mikado has been haunted by ghosts since he was a child as he has the ability to see spirits. One day, he’s invited by Rihito Hiyakawa, a spiritualist, to investigate a murder case that occurred a year ago.

While searching for the body and the truth, the duo encounter some seriously bizarre and harrowing events. A live-action film adaptation of the popular supernatural manga of the same name, The Night Beyond The Tricornered Window will send chills down your spine. 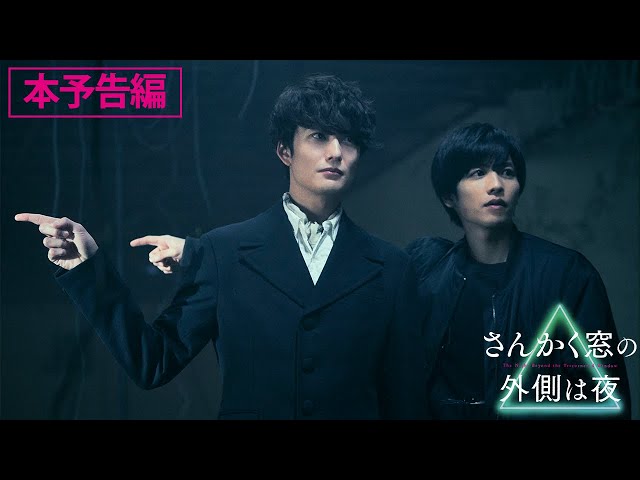 Despite what fairytales would have us believe, princesses don’t always have a happy ending. The Cinderella Addiction is a wicked twist on the classic fairy tale.

Koharu Fukuura has her life turned upside down and loses everything overnight. Like a knight in shining armor arriving to save the damsel in distress, Daigo Izumisawa, a wealthy single father of an 8-year-old daughter, appears in Koharu’s life and proposes to her. Koharu accepts the proposal, but just when she thought happiness awaits her, unimaginable days lay ahead. 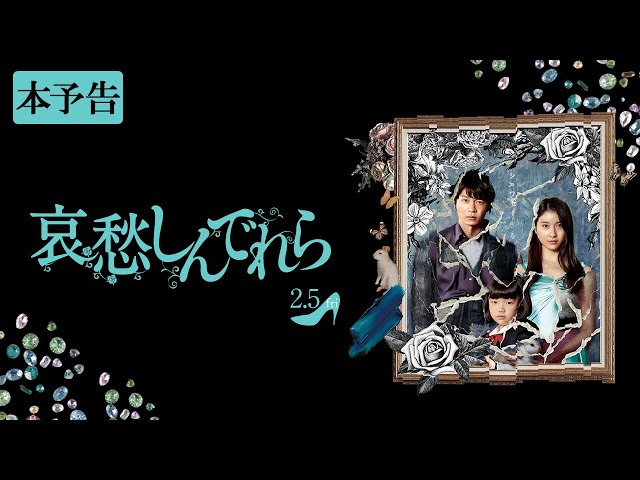 Tokyoite Hanako Haibara, who sees marriage as the endgame in life, struggles to find another suitable partner after breaking up with her boyfriend. Meanwhile, Miki Tokioka, who was born in Toyama, struggles against all odds to enter a prestigious college in Tokyo. The lives of 2 very different women intersect in Aristocrats and their world opens up in an unexpected way. 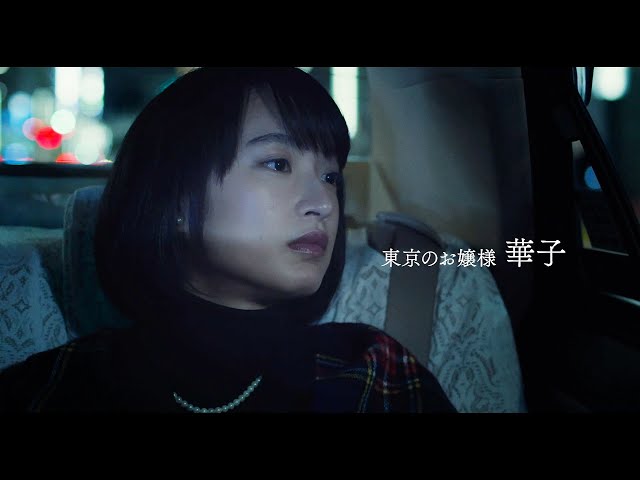 11. The Fable: A Contract Killer Who Doesn’t Kill ザ・ファブル 殺さない殺し屋

Ordered by his boss to “lead an ordinary life” for 1 year, legendary assassin Akira Sato – otherwise known as the titular “The Fable” – is trying to lead a bloodless life. Under a pseudo identity, Akira lives with his partner Yoko and the couple pretend to be siblings.

Despite his best efforts, Akira can’t seem to catch a break as an incident prompts his return as an assassin. He tries his best to complete the mission without having to kill anyone. The Fable: A Contract Killer Who Doesn’t Kill is a comedy film that’s jam-packed with exhilarating action scenes and will leave you in stitches. 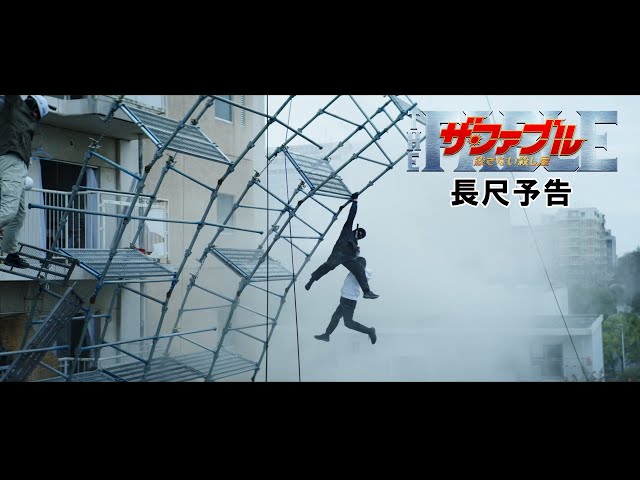 Caution, Hazardous Wife is an action film sequel of the 2017 drama of the same title. Nami, a housewife who happens to be a former special agent, concealed her past and married Yuki. Little does she know that her husband is actually a public security police who is monitoring Nami. And so begins a tale of a cat-and-mouse game as the couple deceives and tries to outwit each other. 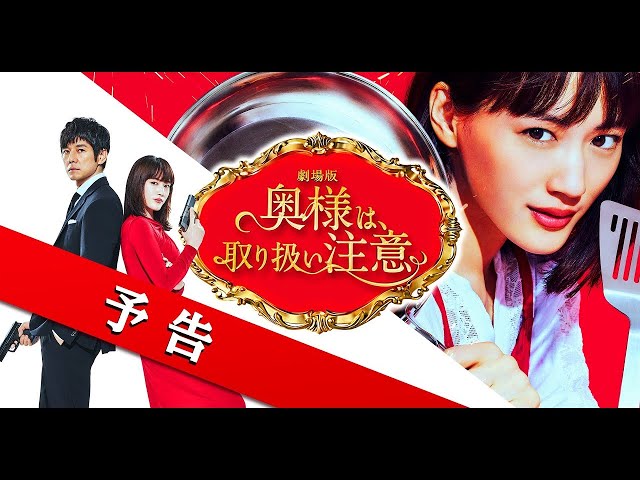 13. Kiba: The Fangs Of Fiction 騙し絵の牙

Teru Hayami, the editor-in-chief of a magazine, Trinity, is faced with the biggest obstacle in his career in publication. Due to workplace politics and internal strife, his magazine is on the edge of discontinuation. In a bid to save his magazine, Teru and newcomer Megumi use their wits to fight against all odds and navigate their way through treacherous office relations. 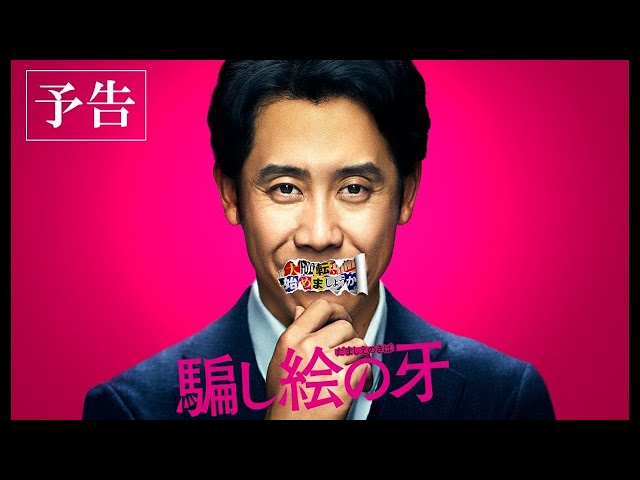 You’ve had an animated film about Hokusai’s daughter – now it’s time for the fabled woodblock print artist to take centre stage in the upcoming film, Hokusai.

As Japan’s most prolific Japanese artist, Hokusai has produced as many as 30,000 masterpieces, including his iconic The Great Wave Off Kanagawa. Yet, little is known about his life. Loosely based on historical accounts, the film is a dramatised recount of the revered artist’s life in the Edo period. 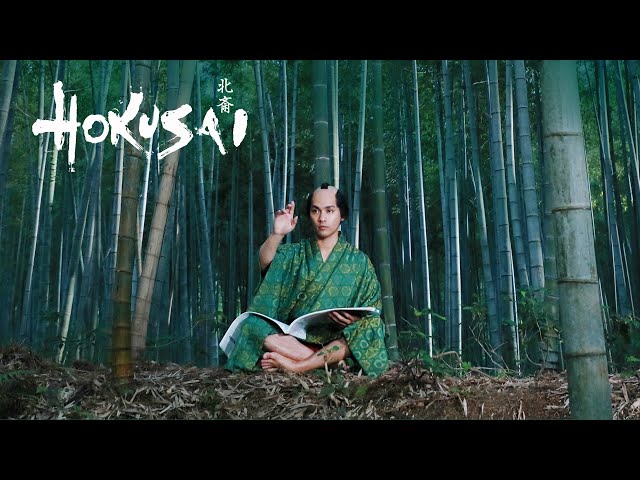 With her husband now retired and homebound, Chikako suffers from the “retired husband syndrome”. It’s a stress-induced illness that stems from having to interact extensively with one’s husband, who was previously an absentee spouse due to work, on a daily basis.

Amid rising tensions, the couple, who has been married for 50 years, is on the brink of divorce. In order to distract her mother, Aya urges Chikako to take part in the shukatsu fair – an exhibition that prepares the elderly for their death. Oshukatsu is a surprisingly light-hearted film about the life of a retiree in Japan and what it means to face the prospect of death. 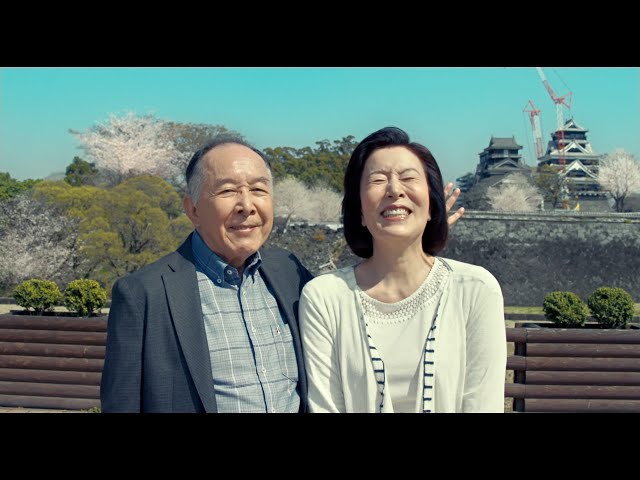 Brothers In Brothel takes place on a remote island in Japan. Tetsuo, who runs a brothel on said island, is known for his surliness and bad temper. Tokuta, his younger brother, follows Tetsuo everywhere, while younger sister Ibuki lies on the floor all day due to her chronic illness.

4 other women, who work as prostitutes at the brothel, have drastically different personalities – just like the siblings. The film explores the dynamic between the 3 siblings, as well as the prostitutes’ relationship between the respective siblings. Besides that, Brothers In Brothel also dives deep into sex work in Japan. 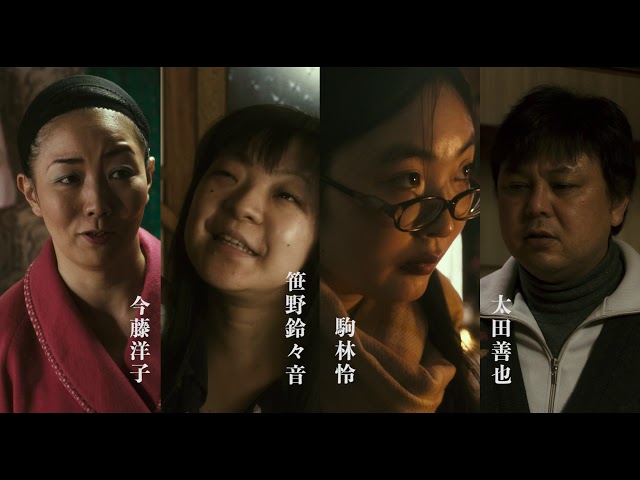 17. What Did You Eat Yesterday? きのう何食べた？

Popular manga and hit drama series What Did You Eat Yesterday? gets a big screen debut.

Frugal lawyer Shiro lives in a small Tokyo apartment with his boyfriend, Kenji, an outgoing and friendly hair stylist. The middle-aged gay couple have been in a loving relationship for 3 years. But there’s just 1 problem – nobody in Shiro’s circle, including his family members, knows that he’s gay and in a committed relationship.

Depicting the subtleties of everyday life of gay couples in Japan, both the manga and drama versions have received widespread acclaim for its non-stereotypical portrayal of the gay community. Hopefully, we can expect the film to be equally groundbreaking.

If you could go back in time, what would you change about the past? For 26-year-old freeter (フリーター; a person who is unemployed or works part-time) Takemichi, the answer to that question is undoubtedly to save his first love, Hinata, and her younger brother Naoto from being murdered by the titular Tokyo Revengers, a notorious school gang based in the Kanto region.

After he saved Naoto by accidentally travelling back in time once, Takemichi is determined to go back to the past again to confront the Tokyo Revengers and prevent Hinata’s imminent death. 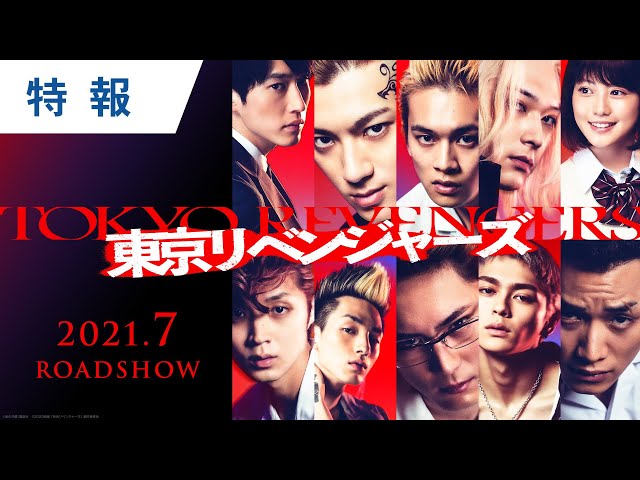 Honey Lemon Soda is a movie about the budding romance between 2 unlikely people. Bullied in middle school, the shy and introverted Uka had a hard time making friends.

Determined to have a fresh start, Uka enters high school and meets Kai, a popular boy with bright lemon-coloured hair. The 2 become friends and they gradually develop feelings for each other. But unbeknownst to Uka, Kai has a hidden secret that no one else knows of.

To celebrate the 55th year anniversary of Ultraman, Shin Ultraman, a film adaptation of the famous series which aired in 1966, will be released this summer.

After colliding with an Ultra Warrior, Hayata, one of the senior members of the Science Special Search-Party – an international police organisation – becomes the human host of the iconic Ultraman. To maintain the peace of earth, Hayata transforms into Ultraman and fights dangerous monsters.

Shin Ultraman will feature the hero’s classic nemeses, such as Neronga and Gabora.

New Japanese movies in 2021 to watch

No comments to show.